I would come back to this place, but probably stick to the appetizers.

For a drink, I got an old fashioned and a something else (which I can’t remember he name or whether it was good. Hmm ;)).

For appetizers, we got the poutine, calamari and Mac and cheese. All of them but the poutine I would get again.

For the main course, I got the pork shoulder. It was ok, but I would choose something else to eat for next time.

Update (6/8/18): I got the Fried chicken, and I gotta say that it was pretty good. Also, I tried the dennoginizer double IPA (suggested by Yuriy), and I will definitely come back for it. 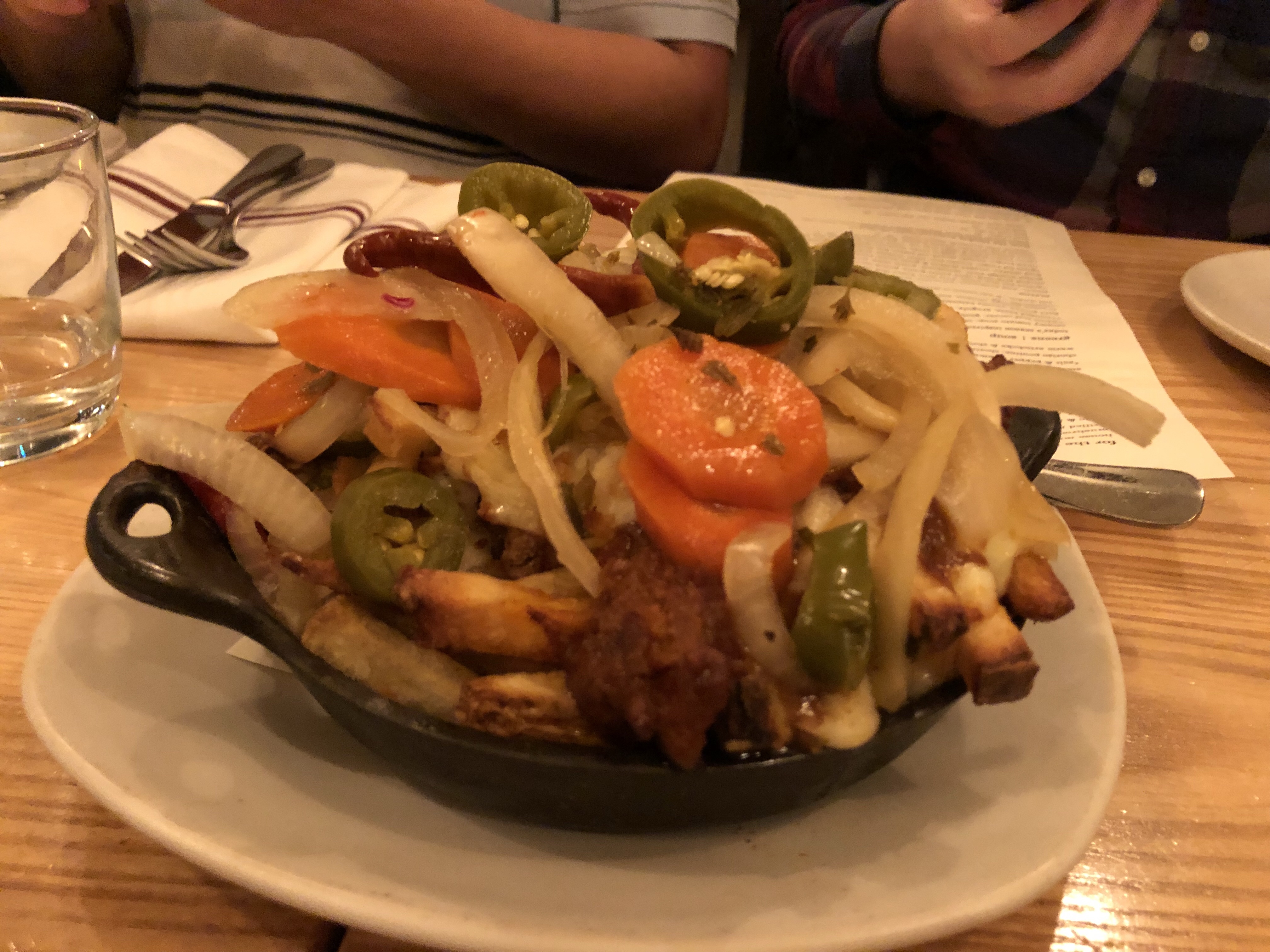 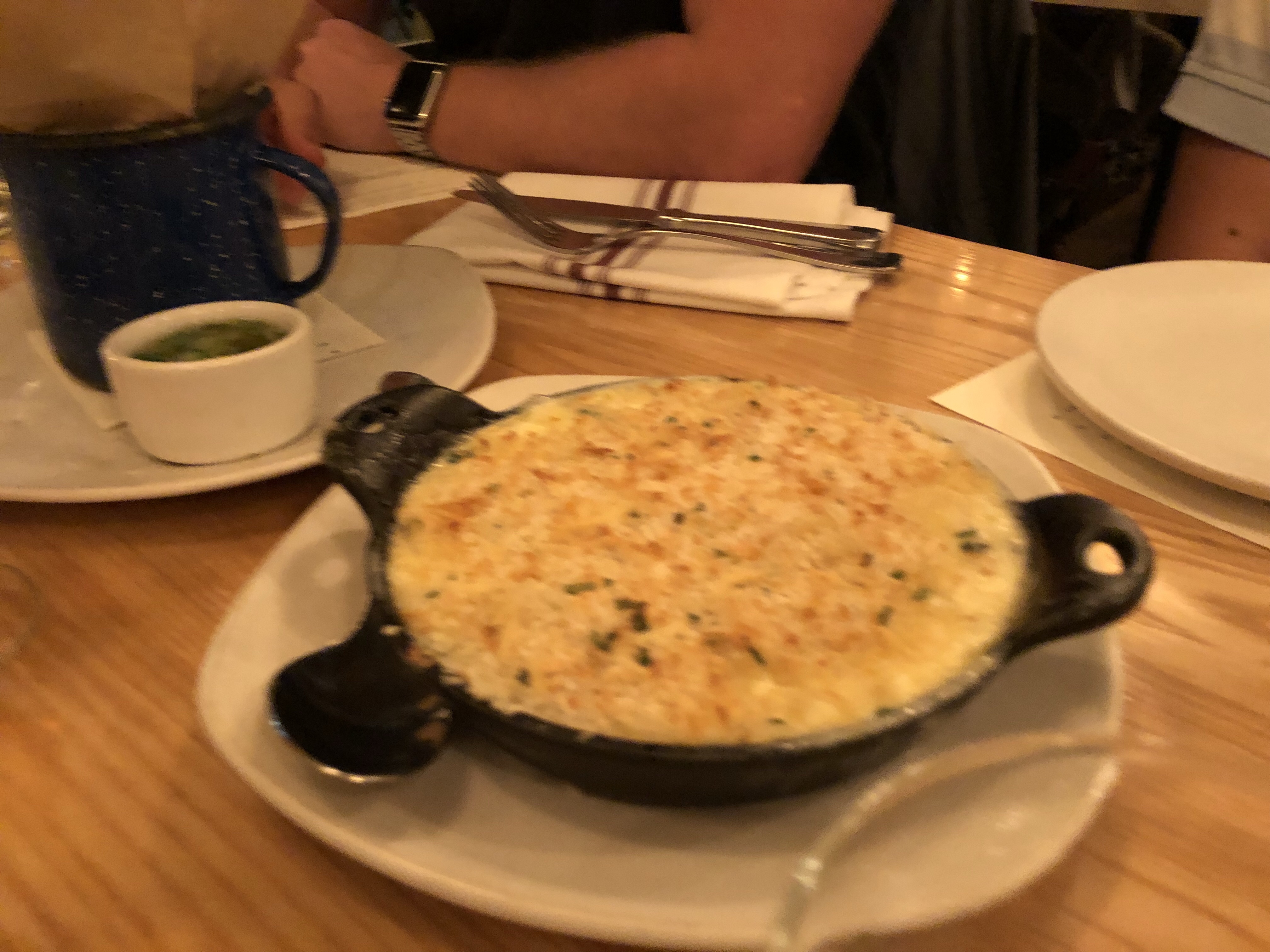 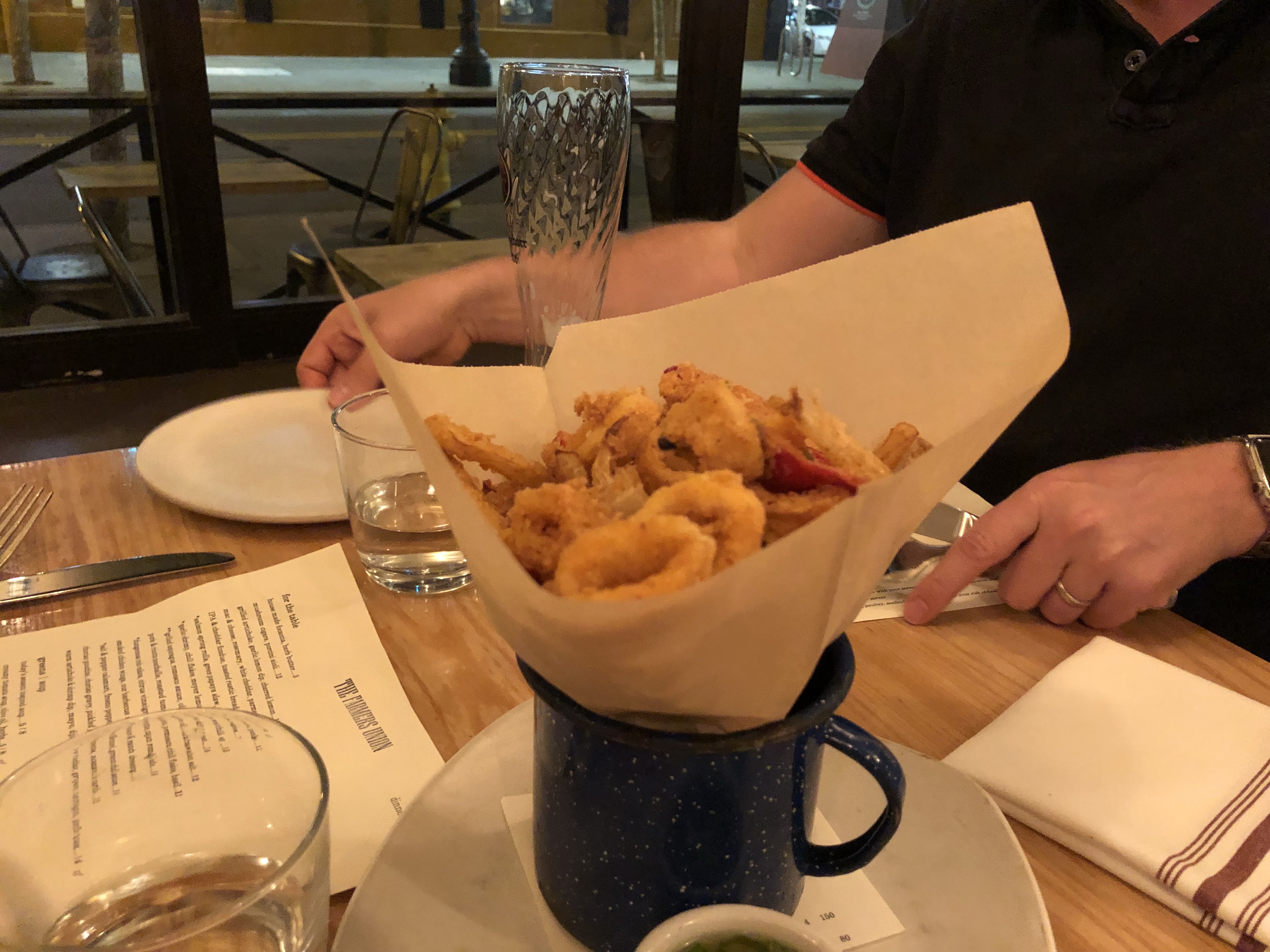 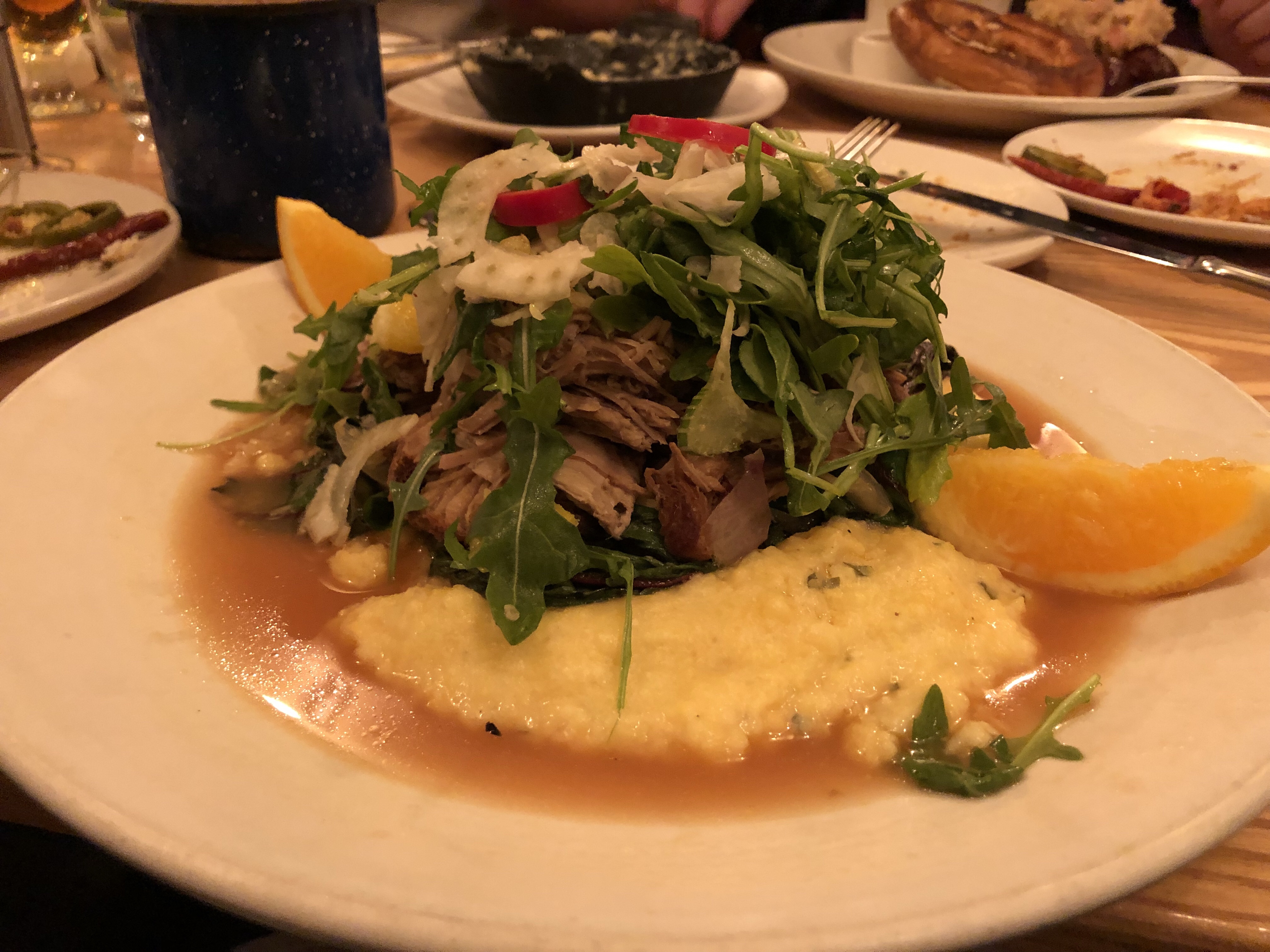 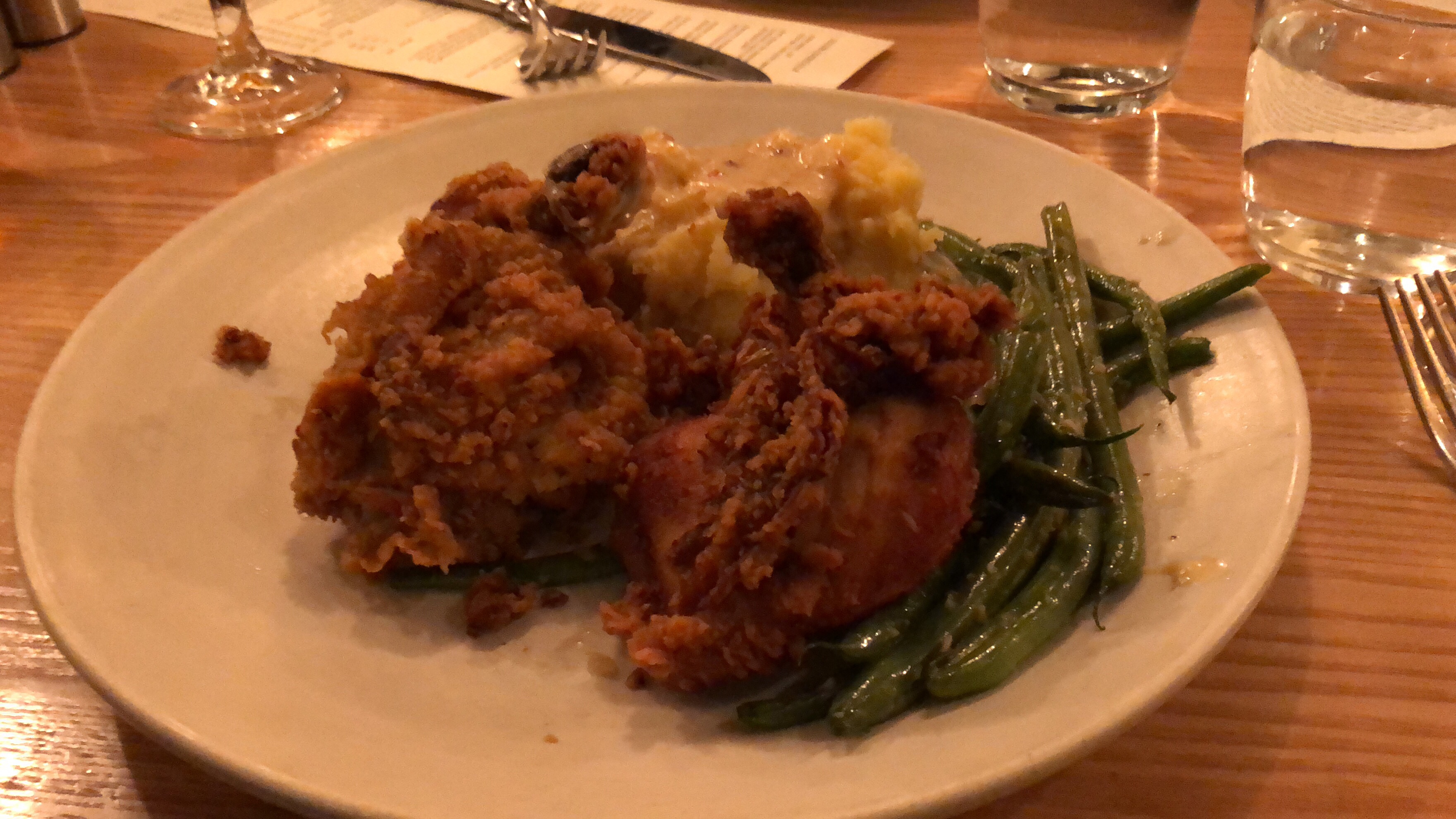 For a drink, I got a mango martini. It basically tasted like vodka (I’m conflicted if I would get it again. The hint of mango was good, but was really strong).

We got a clam appetizer, and the best part was dipping the bread with the mashed potatoes that came with it.

For the main course, I got the Hawaiian half rack ribs. The garlic fries were a bit too garlicky for me, but the ribs and coleslaw were good. 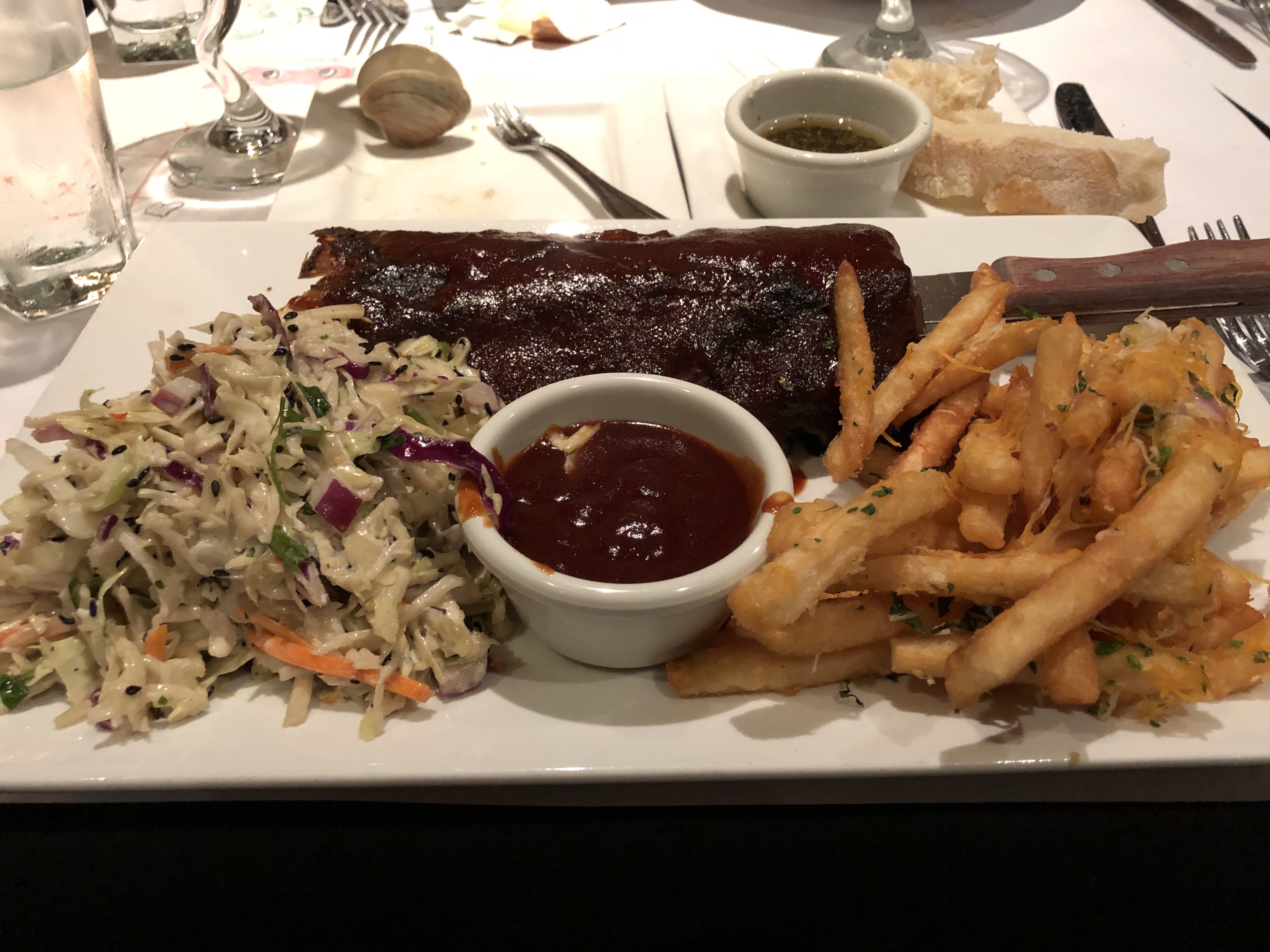 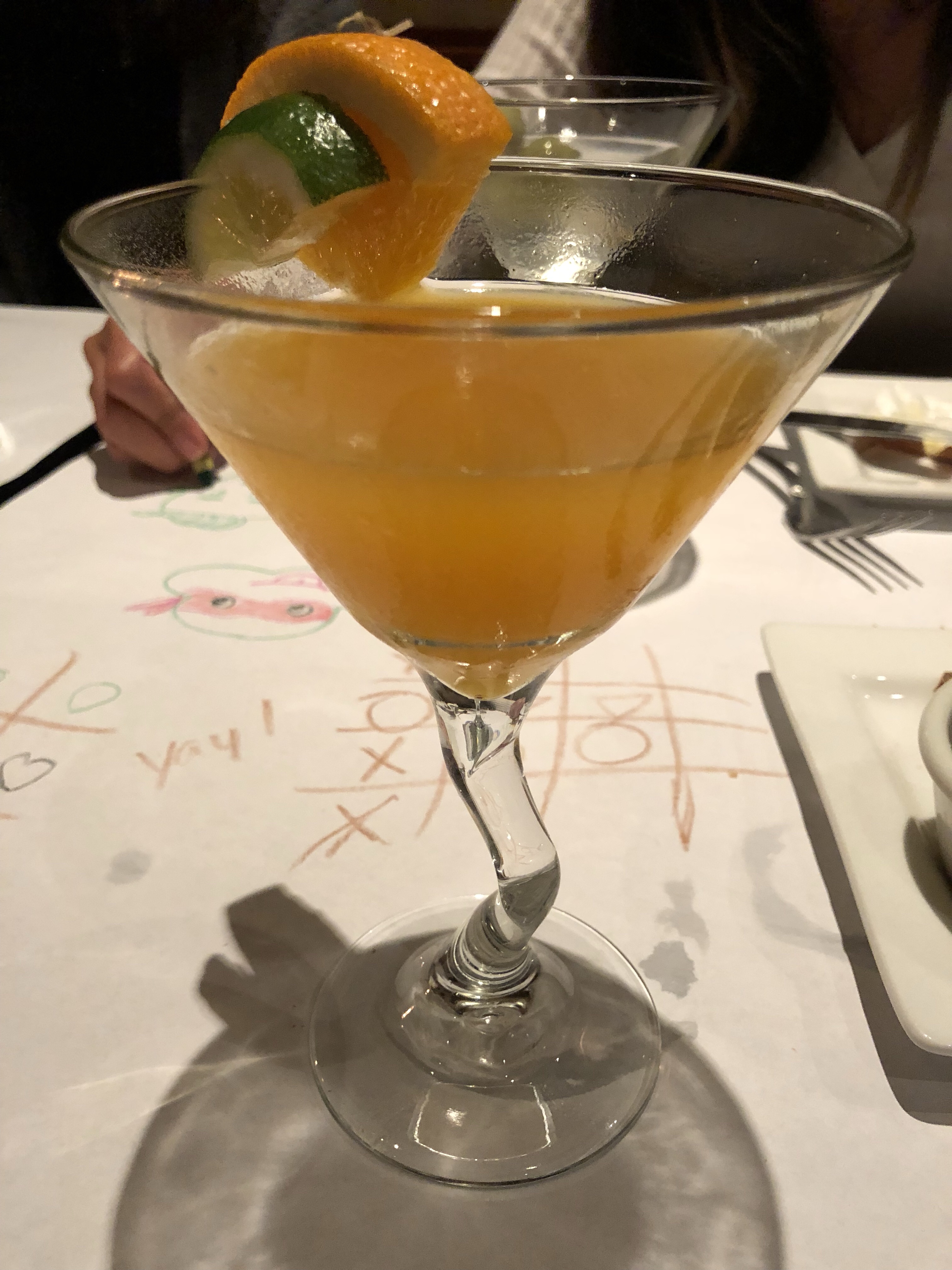 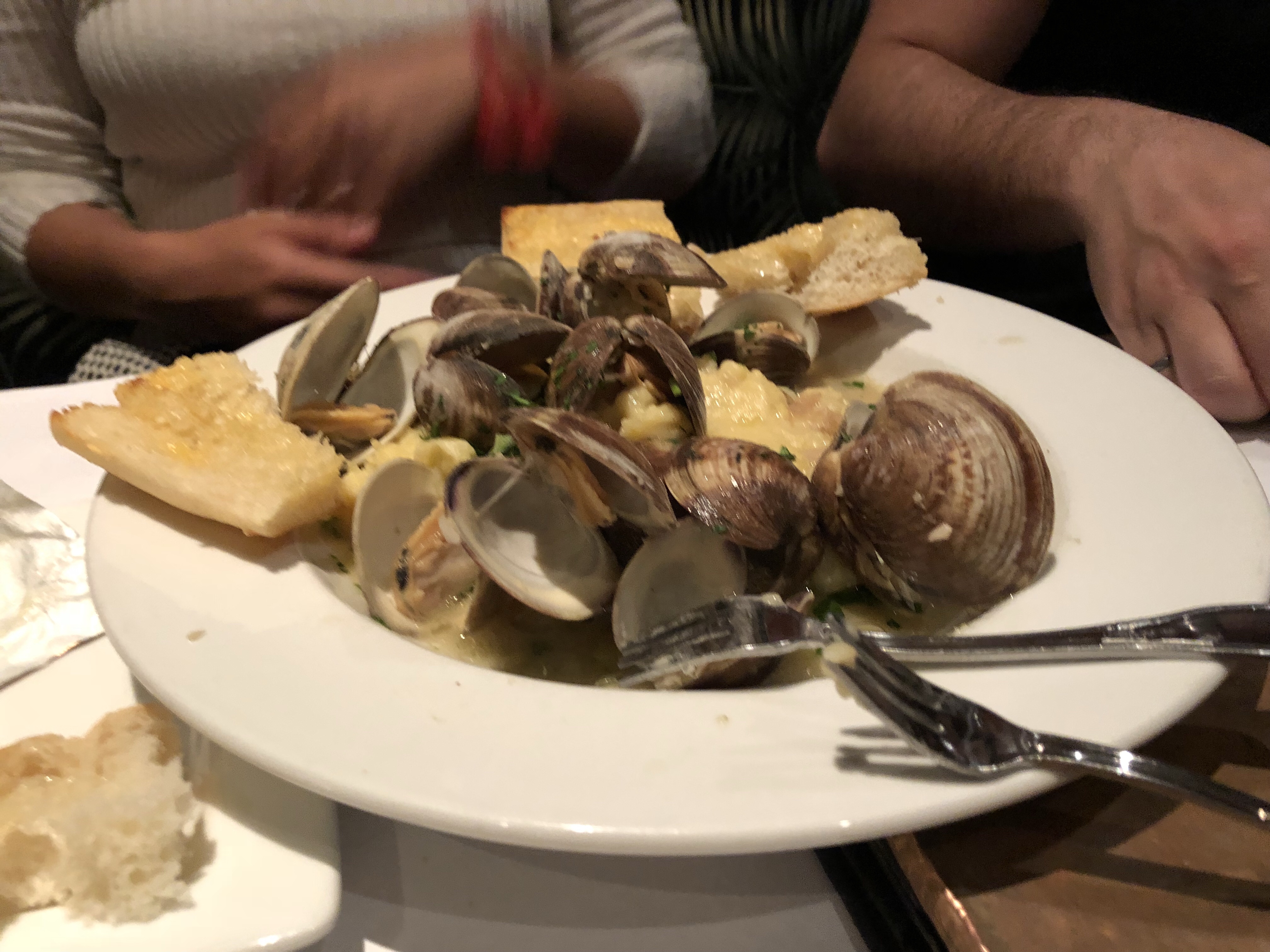 Thought I’d change it up a bit and go to the Other food truck place nearby, soma street food. I definitely enjoyed the chill house music the DJ was playing (although I don’t think having a DJ is a regular thing for them).

The selection for food trucks was more than Spark SF, but Sundays some of them were not open.

The place I tried was Twister, which is an Asian fusion food truck. I got the bulgogi (with salad and gyoza). I though everything tasted good, but the total cost was $15, which I think is a bit pricey for what I got. 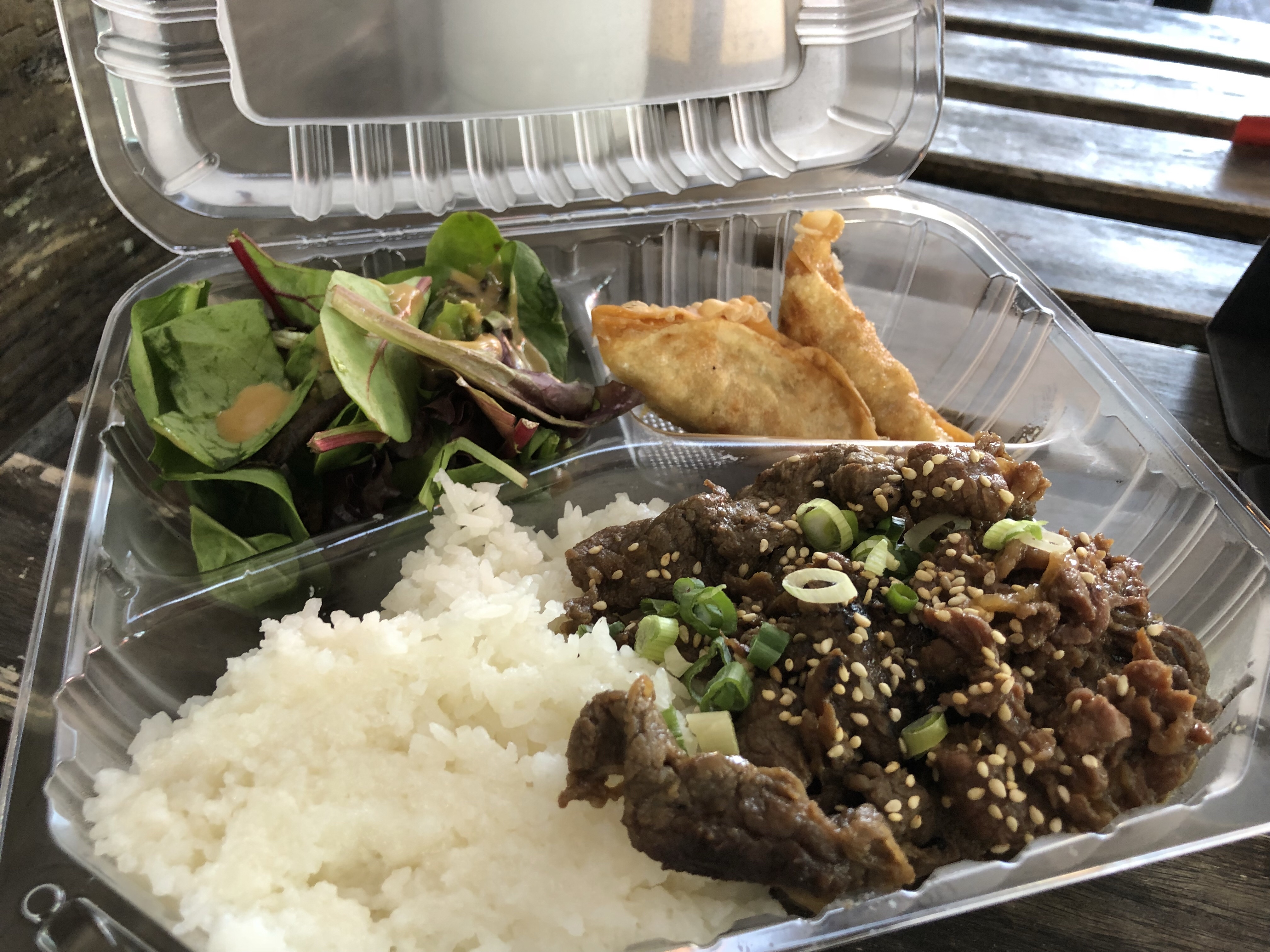 I would go back to this place, although it was a bit pricey for the fact that it looked like a dive bar (food was good).

We got to Ryoko around 7:30pm, and waited 15 minutes for a table for 3 (not bad, considering an hour later the line was really long. We did notice, however, you can drink in the line while waiting. Also later on a DJ comes on, which we didn’t get to experience).

For my drink, I got an lychee Saketini. OMG. Very tasty (although Cyrene thought it was too sweet). They also have a full bar, which I would take advantage of next time.

For the food, we got soft shell crab (it was a decent sized crab), tako wakame su (basically octopus salad, which was ok, but wouldn’t order again mainly since it’s by my thing. Cyrene enjoyed it), rainbow roll (which I thought was good), and the sushi dinner (sashimi, which tasted fresh and was a good size for 2 people). 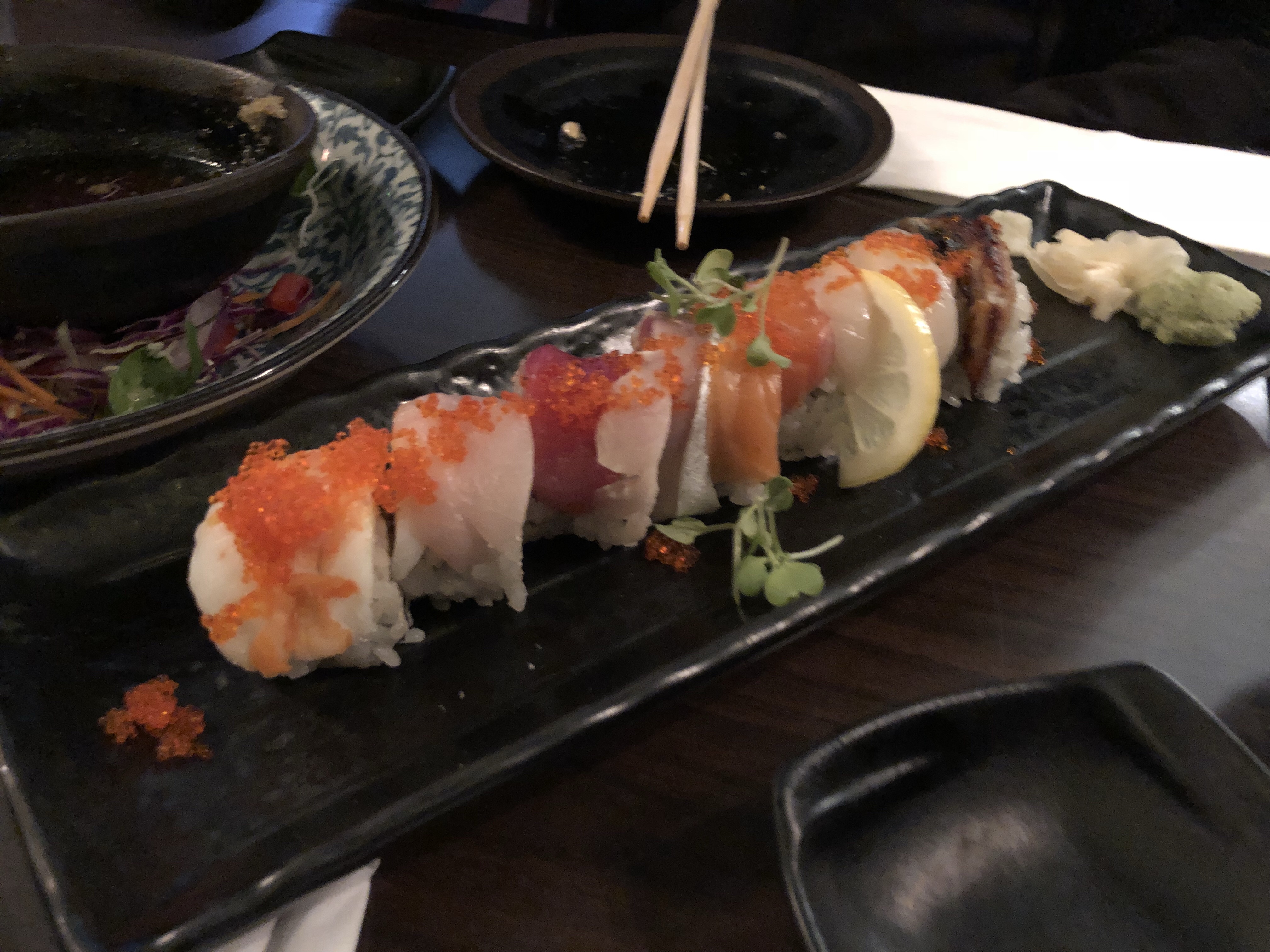 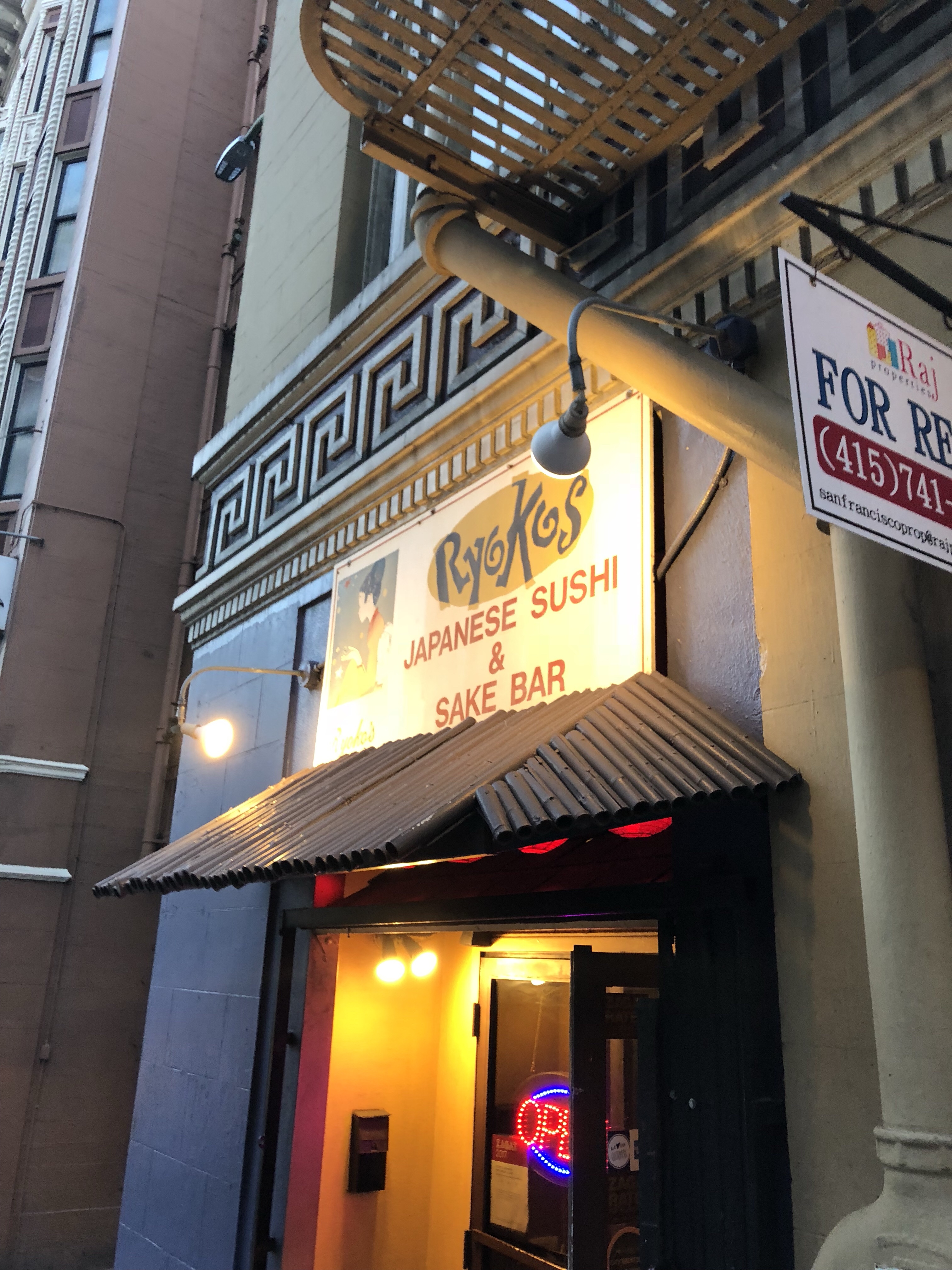 Went to Spark SF and wanted to try the ramen (only open on Saturdays). I have to say that I enjoyed it.

I ordered the tonkatsu ramen with beef shoulder (other option was pork belly). Noodles were not overly hard. It was a bit spicy (and I did order mild), but I didn’t mind. 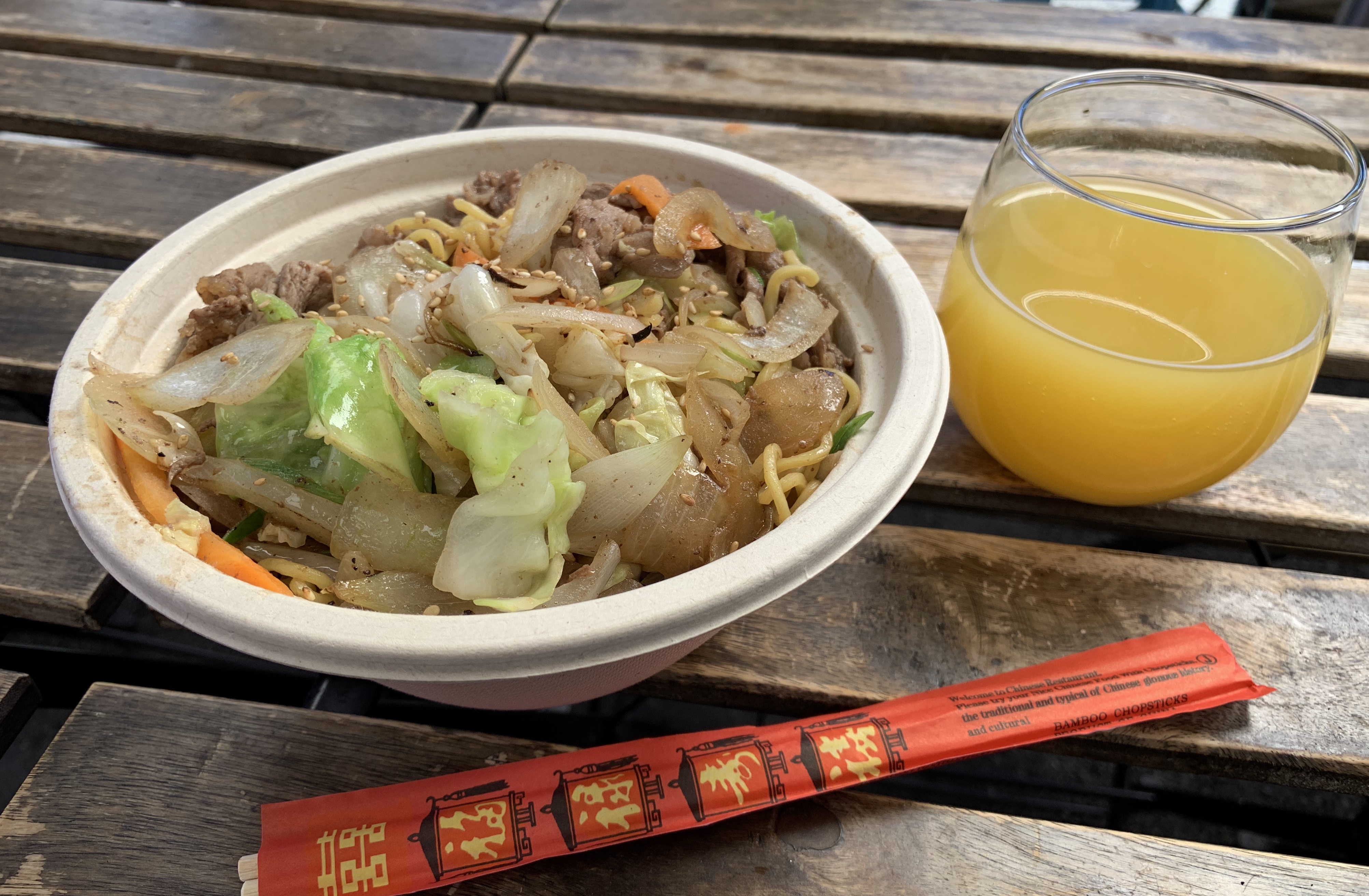 Came here with my team for a team lunch (not on Apple’s dime), and overall, not sure if I would come back.

I ordered the grilled chicken tacos, with a side of Mac cheese balls (basically Mac and cheese surrounded by a deep fried layer). I have to say I wasn’t a fan of the tacos (the taco shell was not super tasty… very “corny”).

For the drink, I ordered the Eureka! punch, which from the ingredient list had a lot going on (over 10 things in it). It was sweet, but too the point of too sweet even for me. For drinks, I got a flight of sake (for next time, I would probably get the other flight that has the milky sake in it, which started with “No body’s …”). Of course, usually I can’t tell the difference between different sakes.

For the main we got the spicy garlic noodles with chicken (it wasn’t actually really spiced), the chubby fried chicken (which basically reminded me of chicken karaage), pork ribs (tasted good), and this salmon dish (which I think had some sort of cheese in the middle, which was also good). 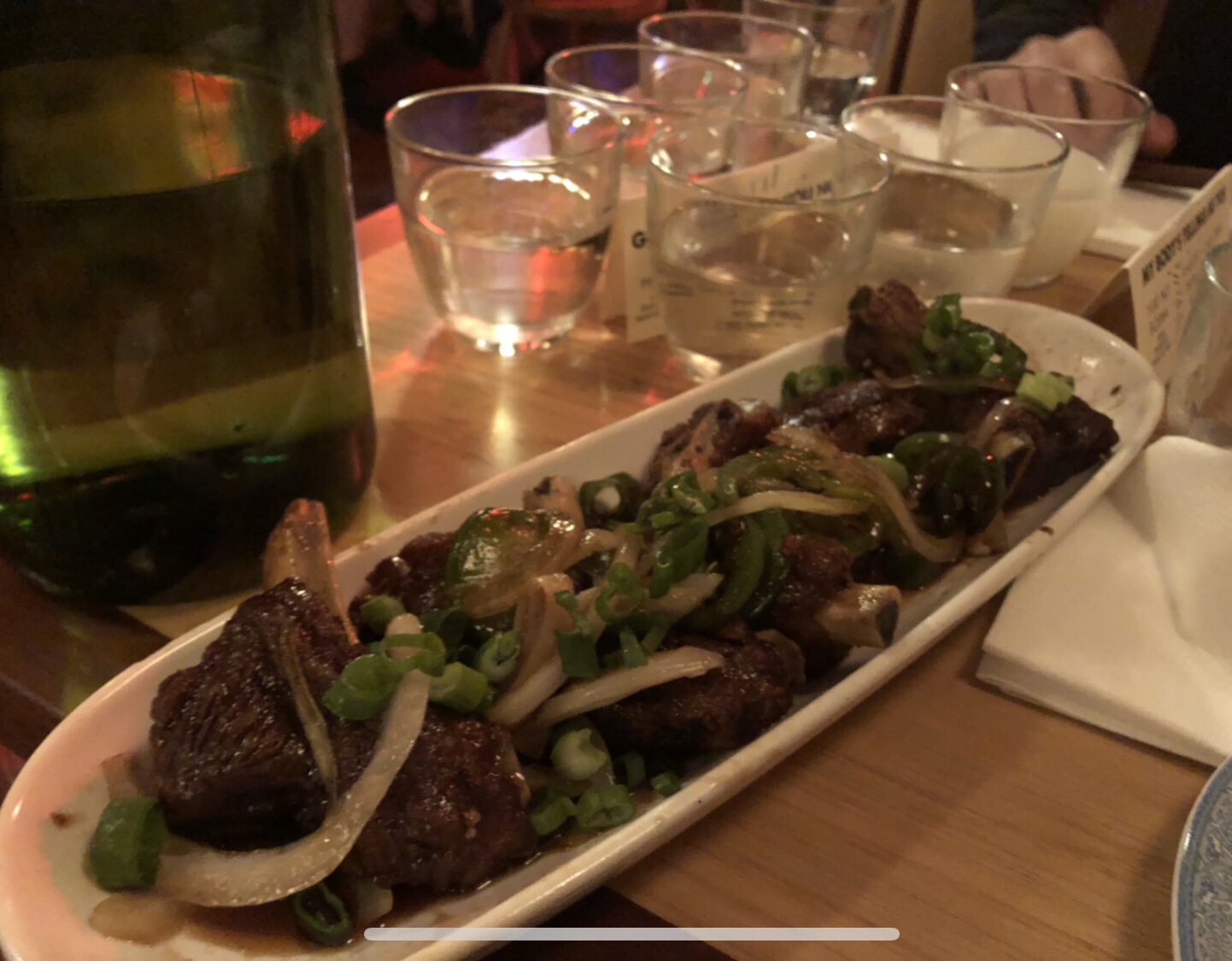 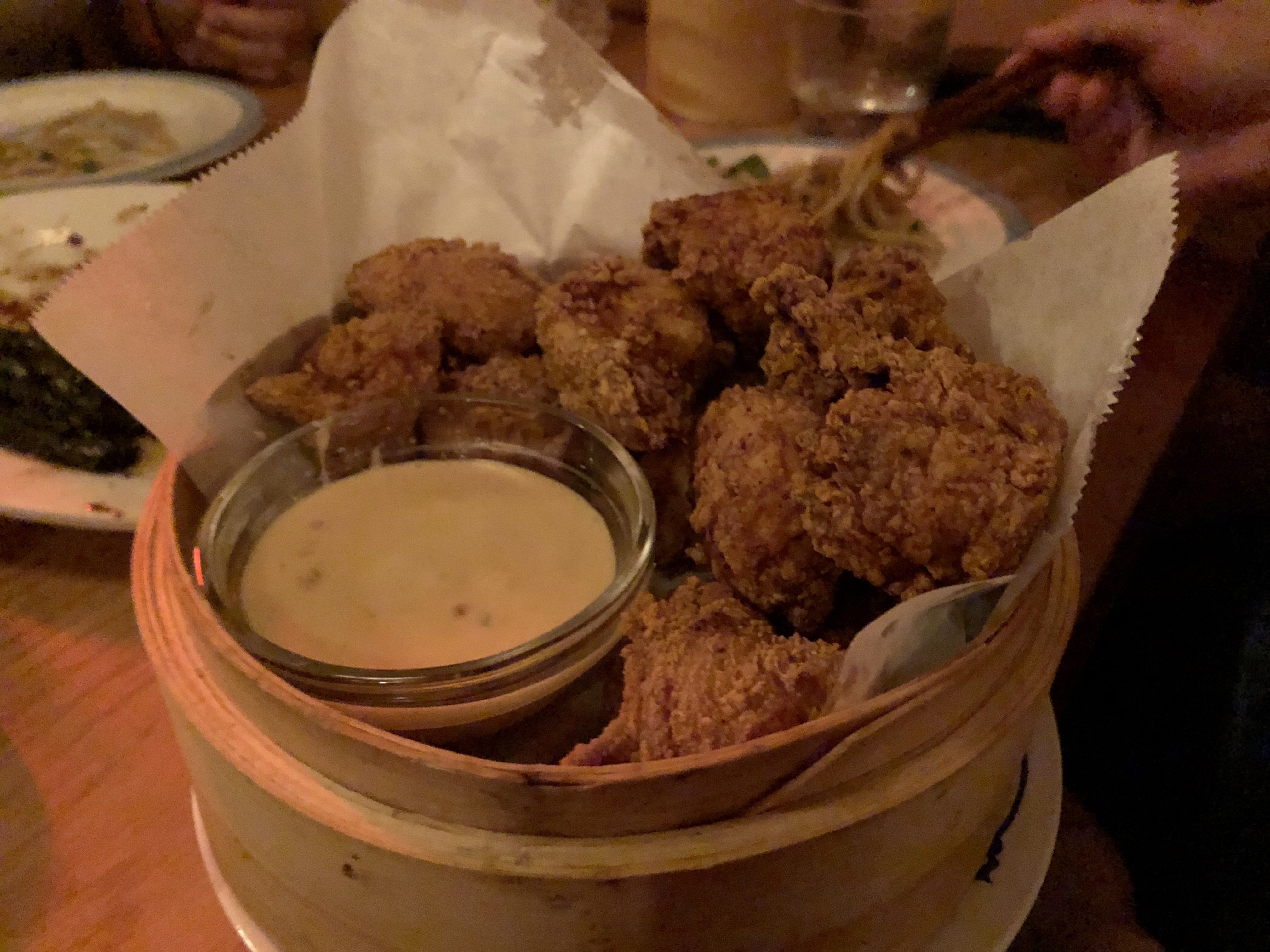 Definitely a brunch place I would go back to.

For drinks, most of us got bottomless mimosas (for only $20). Definitely worth it (only thing though is the glasses they gave us were mason jars. I wanted a regular wine glass).

For my main course, I got something called the RibEye Omurice. It was really good. The ribeye itself was minced and mixed into the rice. The scrambled egg on top had this sweet sauce on it that was also good.

For “dessert”, we shared a deep fried French toast (which has a cheese called mascarpone). Very delicious. 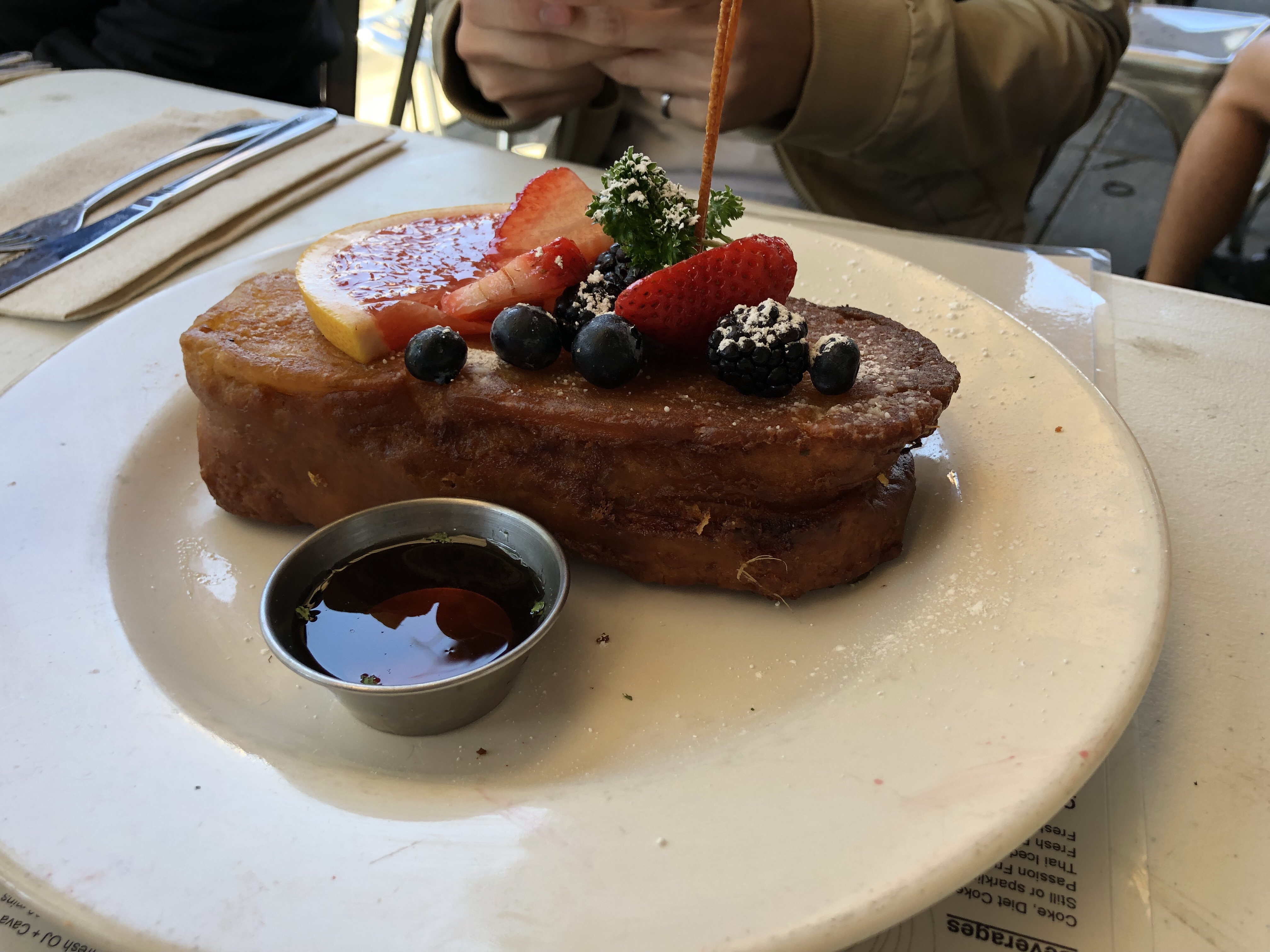 Came here for brunch / to work. Great cafe atmosphere for working. I would definitely come back.

For the drink, I of course got a mimosa. It was alright for $8 (spark SF is still better for $5).

The main dish I had was the breakfast special. I ordered it with ham instead of bacon, and they delivered it to me with bacon. I didn’t complain, but I think I would have enjoyed it more with ham (still good though). This place was great! The drinks were good for the most part, and I would definitely come back. All the cocktails were $14. (In terms of atmosphere though, for a tiki bar, it is a bit under decorated).

I started off with the tuk tuk tea. According to mark, it reminded him of Thai iced tea. Initially I though it was meh, but mixing the drink is key. After mixing it, it tasted amazing. 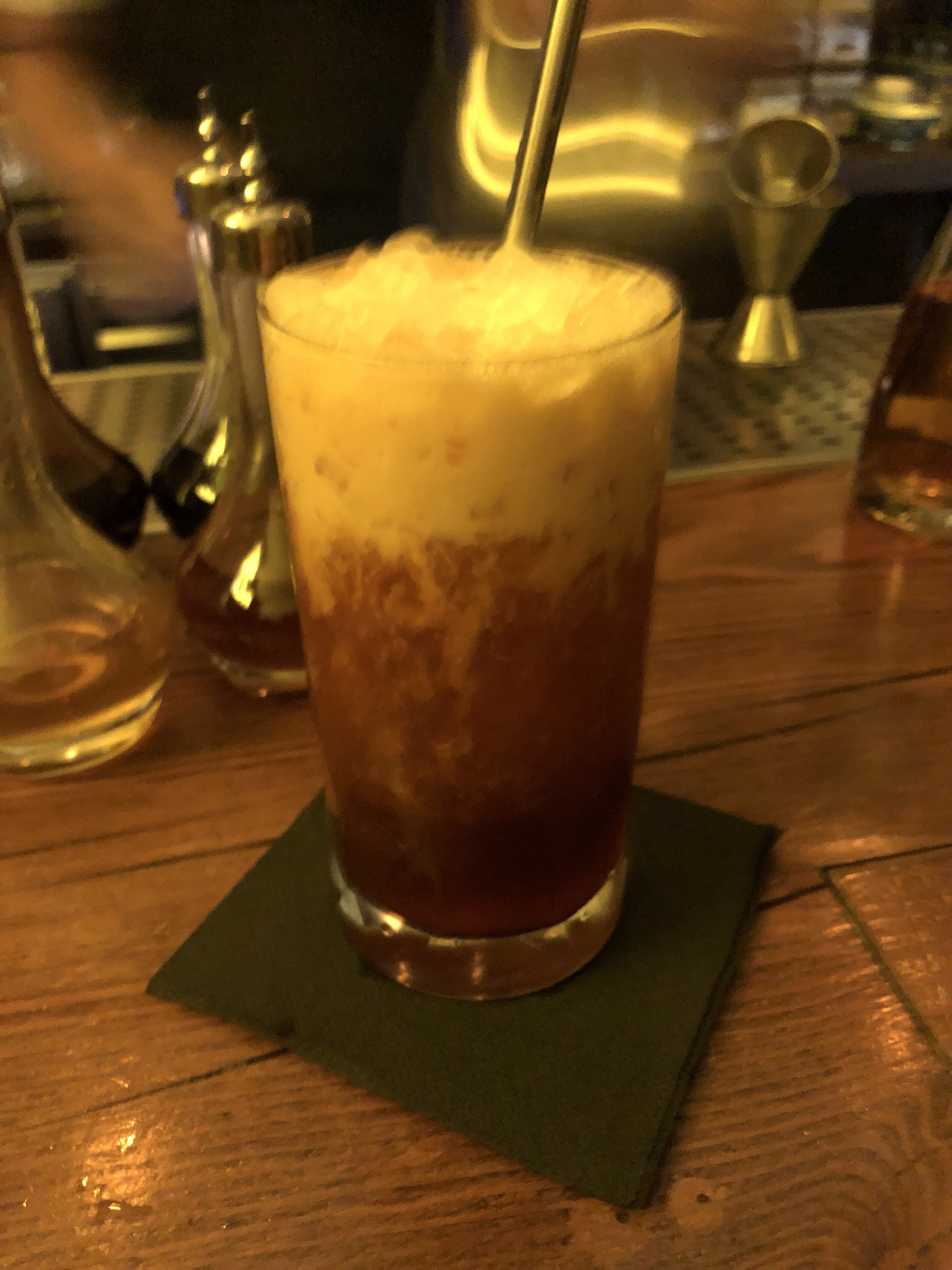 The last drink I got was the miso old fashioned. It was alright, and I could get it again. However, I did think it tasted a bit watered down.

Other drinks I tried (no pics) were the Ko’olina swizzle. This drink was great, and I would definitely order it again. I also tried the banana stand, and that was pretty gross (it was wayyy to sweet, which is saying something since I usually like sweet drinks).